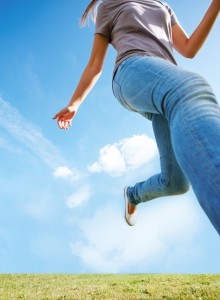 Cosmetic dentist Dr. Samaha would like to share this guest entry written by Dr. June Darling for our January 2012 Newsletter. You can find more of her work here: http://drjunedarling.blogspot.com/.

We can wipe the slate clean.

It’s January, a time of new beginnings. You’ll hear people telling you to set goals. Yes, goals are good for your health, wealth, and happiness. Yes, you are more likely to accomplish your goals if they are congruent with your values, if they excite and challenge you, if they are clear and seem attainable. Yes, it will really help if you have an accountability partner. Here’s the bad news. You may still fall flat on your face and not accomplish much of anything again this year due to a little detail…you’re lazy. So am I. Here’s the really, really bad news. We don’t have a whole lot of willpower either. What’s our chance of succeeding in any area of our lives if we have limited willpower?

You may remember Dr. Walter Mischel’s experiments with four year olds. They were told that they could eat one marshmallow immediately or wait for the experimenter to return and receive two. Those who waited the fifteen minutes for the second one were later found to have more emotional and social intelligence and to have scored much higher on their Scholastic Aptitude Tests. However, Mischel says it wasn’t willpower they had. What they had were distraction strategies like covering their eyes, pulling on their hair, or singing to themselves. Researchers like Dr. Roy Baumeister have tons of research to show that all of us have a limited pool of willpower and self-control. Some people are much better, however, at understanding themselves, at knowing their habits, and strategizing appropriately. One strategy involves understanding and using the path of least resistance.

Let’s suppose I’ve not been much of an exerciser, but I want to change my ways. I’ve looked at my schedule and see that morning is the only time that looks workable. I’m really psyched up, but what’s going to happen around day three? I’m going to hear the alarm and ask myself, “Do you really want to get up?” I’m going to answer, “No, I do not.” And then I’m going to hit the snooze button. This is what Harvard professor Shawn Achor found himself doing. He became perplexed and angry with himself because he honestly did want to exercise. He decided that the hardest part of exercising were not the pull-ups nor the bench presses, but those few seconds it took to get up and put on his clothes. By the time he had his clothes on, he was mentally ready to get moving. Achor solved his problem. He slept in his gym clothes. (He claims they were clean. He isn’t married and realizes that may not be for a long time.) Achor, who is also a consultant and coach, realized that he had stumbled on an essential learning around habit change.

Make the “start up” easy for a new good habit.

Use the idea in reverse to get rid of a bad habit. Make the start up hard. Achor began applying what I’ll call “the startup principle” strategically to other things he wanted to change in his life. He had wanted to play guitar, but it sat in his closet. To make the start up easy, he bought a music stand so it became convenient for him to grab and practice. Television watching was the bad habit Achor wanted to kick. To make the start up hard, he took the batteries out of his remote control and put them in a drawer. (You can put your credit cards in the drawer if you want to make impulse spending more difficult). Now when he comes home tired from work, it’s just too much effort to turn on the television, instead he reaches for the book he’s put on his end table. This year if you really want to begin a new good habit and get rid of a bad old one, remember all that other good stuff about goals. Then factor in that you’re lazy. Don’t count on a whole lot of willpower. Instead get strategic, especially with your start-up. (Did you know that  researchers have found they can cut cafeteria ice cream consumption in half by simply closing the lid of the ice cream cooler?) How might you move up to The Good Life this year by getting strategic with your start-up?

If you would like to set and accomplish good goals, consider making an appointment for a cosmetic dental exam at our Newport News practice. If you have goals for your smile that you’ve been putting off, there’s no better time than now to call us about teeth whitening, dental veneers, gum disease treatment and more. We look forward to helping you reach your goals.